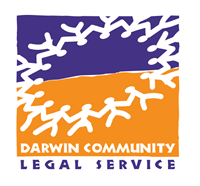 Update from DCLS Executive Director
Our year has had many highlights but most have come from working collaboratively with other organisations in the NT. Together we are stronger and more effective and the sharing of skills and knowledge enhances our services and the outcomes for our community.

We joined with a number of legal assistance providers, including NAAJA and KWILS to advocate for reforms on guardianship, providing details of casework that demonstrated the injustices with the current legislation and its implementation. We have had a positive response from the Attorney-General and hope to continue this important work in the coming year.

NT Shelter and NAAJA have been our great supporters on tenancy and housing issues and in particular maintaining pressure to elicit well overdue reforms to the Residential Tenancy Act.

NTCOSS joined with us to lead NT forums designed to harness key messages in the lead up to the Royal Commission on Aged Care Quality and Safety visiting Darwin. Our joint advocacy was successful in ensuring that NT voices were heard while the Commission was here.

Our work with National Disability Services NT and the Disability Advocacy Network has been influential in raising issues with the implementation of the market-based NDIS and the lack of services in the NT. We have also formed very strong bonds with great community organisations like the Machado Joseph Foundation on Groote Island to advocate for place-based and tailored outcomes for people with disability.

We have already started talking about new collaborations and partnerships for next year so watch this space.

Umbakumba Community Outreach – Financial Abuse
Advocates from SDRS undertook outreach in October and travelled to Groote Eylandt where they met with the community at Umbakumba.  Members of the community came to meet with SDRS and talk about financial abuse and matters related to the NDIS.

Financial abuse in the community was brought to the attention of SDRS advocates while conducting an outreach in Nhulunbuy and Yirrkala in May.  This resulted in DCLS securing funding from the NTG to deliver information sessions on financial abuse to communities across the Top End.  Groote Eylandt was the first of the four communities that also include Nhulunbuy, Maningrida and Borroloola.  The information sessions were delivered in community with Advocates and community members sitting on mats under trees along the beach.  The brightly coloured DCLS shopping bags with the message, “Don’t get ripped off” were an overwhelming hit.

Getting to this point required traversing many hurdles along the way for 8 year old Stewart. Despite strong medical evidence of his permanent disability, the case had to go through a number of internal reviews before the evidence was accepted. DCLS engaged with ADHD researchers in universities across the world gathering studies verifying that ADHD was a permanent impairment identified as being present in children and continuing into adulthood. All were provided to the NDIS and yet it seemed Stewart was rejected at every turn without any reasons given.

Stewart’s family has undergone an enormously stressful thirteen months and the delays potentially had implications for his prognosis and future social and economic participation. In March 2019 Stewart was suspended from school as his behaviour and aggressive outbursts could not be managed. Stewart did not return to schooling until late August 2019 when he commenced a re-integration of five hours per day. During the time Stewart was suspended from school his education was not progressed.

The NDIS finally accepted, by way of an individual settlement agreement, that Stewart was entitled to support after an external appeal was lodged. Other families should not have to go through this to get assistance for the genuine needs of their children. The persistence of Stewart and his parents should deliver real benefits to other children with ADHD. Recognition of, and early intervention, in this and other developmental impediments in early childhood can turn a child’s life around and so this is a significant development which we hope will be promoted extensively and actioned consistently by the NDIA.

Residential Tenancy Reform – too little, too late?
DCLS supports reform that will ensure Residential Tenancy regulation is fair, safe and certain for tenants and landlords.  A comprehensive reform of the current 20 year old legislation was promised in May last year and had bipartisan support.

After a truncated consultation period without public input, a Bill is now before the house which falls a long way short of the comprehensive reform promised. Further, as this Government comes toward the end of its term it remains unclear how substantive legislative change will be progressed to bring the NT in line with other states, and establish a framework to support secure housing in the Territory.

The joint statement below expresses the real concern of stakeholders in relation to what seems to be a lost opportunity.  We collectively seek a commitment from the government to the crucial issues raised in the statement and an outline of the pathway to reform.

DCLS contributes to review of the NDIS Act
In advance of, or probably because of, the commencement of hearings for the Disability Royal Commission, the Commonwealth Government has commissioned a review of the NDIS Act and is proposing a Participant Service Guarantee to set service standards for the NDIS. DCLS has had input to the review, supporting mandated time periods for decision making by the agency, and accessible information and independent support for participants.

However, the main barrier to participation in the NDIS in the NT is lack of services. Until there is a safety net by way of the promised “Provider of Last Resort” then service guarantees are largely empty promises.

DCLS welcomes new leadership team!
With the addition of Shelley Landmark as our Principal Solicitor, the new DCLS Leadership team has some familiar faces and some new blood, giving us the skills to respond to the challenges and take advantage of the opportunities ahead. Tamara and David form the backbone in enhanced roles and Nfanwy has recently brought a wealth of new experience to the team as Administration Manager, covering Hollie’s parental leave.